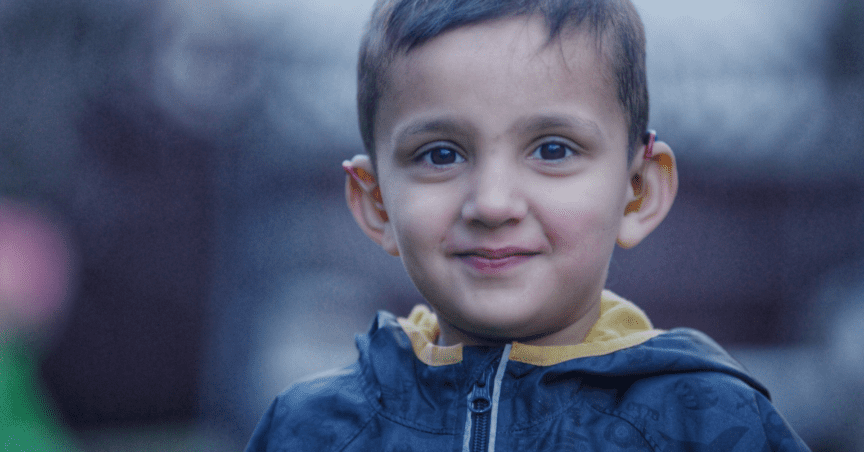 This spring, the whole family will be lacing up their runners to take part in one of BC Children’s Hospital Foundation’s signature events, RBC Race for the Kids: Home Edition. For 35 years, BC’s largest family fun run has pushed the limits of what’s possible in childhood cancer and mental health care. And for the second year, it’s being held as a virtual race that includes a month's worth of fun-filled activities to help families stay healthy throughout May, as well as a race day celebration on June 6 that registrants can join from the comfort of home. Our families were inspired to participate after hearing Thariq's story.

Shawna Imeson will never forget the day in the winter of 2018 that her life was forever changed. While she sat in a room with her husband and a team of specialists at BC Children’s Hospital, she received news that brought her to her knees: her three-year-old son had cancer.

“It was a heart-wrenching, stomach-twisting moment,” she recalled. “Since then, our family has been through awful moments—but I would take those over hearing ‘your son has cancer’ again.” After battling cancer, a family rallies to help others in need

Weeks earlier, Thariq had a slight fever. At first, his parents thought it was a flu—but his symptoms became so severe that he could barely stand. Thariq was rushed to BC Children’s Hospital, where he was diagnosed with stage 4, high-risk neuroblastoma, a rare form of childhood cancer that begins in nerve tissue.

“I remember every night for that first month falling asleep and hoping that this was a bad dream,” Shawna said. “While trying to process how sick our boy was, we also had to discuss treatment.”

Eventually, the treatment plan worked. In July, Thariq was declared in remission. Fast forward to today, and the six-year-old is now in kindergarten and living each day to the fullest. Thariq’s family is forever grateful for the care they received at BC Children’s Hospital—so when they learned they could help other kids and families battling childhood illnesses, they immediately stepped forward.

By registering for RBC Race for the Kids, supporters are helping advance childhood cancer programs and research, such as studies aimed at bringing novel therapies to the 20 per cent of kids with cancer who don’t respond to traditional treatments. Funds also support critical mental health initiatives at BC Children’s Hospital, ensuring kids from across the province—including for the 70 per cent with mental health challenges who don't have the expert care they need—gain access to mental health resources and care. Wondering what to do with the kids in Metro Vancouver this weekend, or what to make for dinner? You can find it at HealthyFamilyLiving.com! From the Sunshine Coast to the Fraser Valley, we’re the best online resource for busy parents looking for practical tips for healthy, active, sustainable living. For the latest on family events, outdoor adventures, birthday parties, camps & classes and kid-approved recipes, follow us on Facebook and sign-up for our parent-approved e-newsletter!

Life skills!! (well we think so) Watching your ki

Not sure who needs to hear this, but a simple act

Healthy hack for a quick lunch at our desk! Spina

This amazing new patio at @cypressmtn is the place